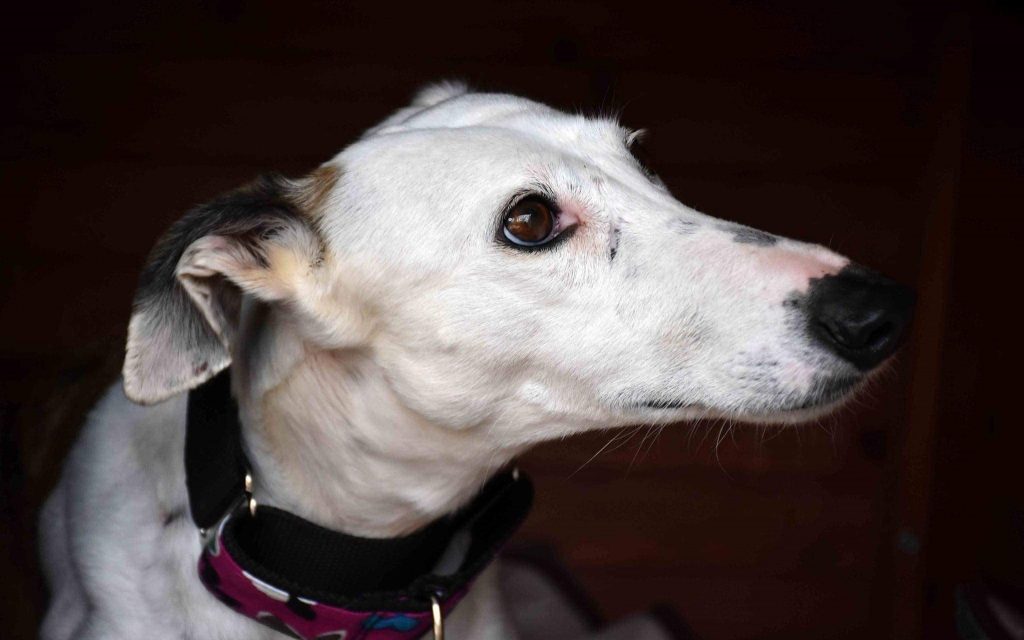 24th November 2020 these words were written by Fundacion Benjamin Mehnert.

“We have a broken heart. We don’t know if Bruma will survive tonight. Early morning we received a call informing us that some police officers rescued her from a marginal area of Seville. They found her drenched in gasoline.

She can barely breathe and stand. She has completely yellow eyes and gums, a symptom of liver failure. Currently we keep her with heat and fluid therapy. We can’t even bathe her because she barely has a temperature. She is in danger… We don’t know what happened to her. If she had an accident, or if she were doused with gasoline for fun, and something even worse awaited her… Why? When will this end? We are desolate. Bruma fights for her life and we fight with her….”

“Bruma has surrendered. Her little body couldn’t take it anymore. The pain this causes us is unbearable. We had a thread of hope. We wanted to see her recovering and playing like a happy puppy. We wanted to give you that opportunity and it could not be… We have no words… We hope in your last hours of life you have been able to see that not all people are bad and you have been able to experience all the love that at least yesterday we were able to give you.

Bruma’s story hit us all hard and it still haunts me and I daresay, always will. Had she not have been found by the two police officers Chema and Isreal, there would be no consolation. But we must never forget the love she was able to feel in her last moments on earth and after all she had been through that love must have meant the world to her.

Chema and Isreal promised to rescue the remaining Galgos in that area and they kept their word. Ashia, Maisha and Edurne were rescued from hell, also found covered in gasoline, which was discovered to be a common practice in this type of area. These three survivors have gone onto their forever homes in France and are now living their best lives.

With Bruma’s memory in mind, Galgos en Familia named a Galga who they rescued, after her. This Galga was very frightened and had clearly suffered at the hands of her Galguero. It was now, in the care of Galgos en Familia, Bruma’s soul could find some peace and be released from some of the horror and torment of her past. Over some weeks, she began to feel easier, lighter perhaps, freer. You could see her eyes brighten, her body relax and one day there was a beautiful picture of her laying in the shade near a volunteer at the shelter. She was laying on her side, with her leg cocked
up, showing her lovely belly. It was a moment so serene and so powerful. We had reserved Bruma to come to the UK to find her forever home.

But a couple of days after that photo was taken, she suffered a heart attack. It was completely out of the blue, and they did everything they possibly could to save her, but it was not to be. It was utterly devastating and not a day passes where her image does not come to mind. But again, we take comfort in the fact that she had known love and found a peace from her past.

We invite you to make a donation to either Project Galgo or Galgos en Familia, Or Fundacion Benjamin Mehnert in memory of these two beautiful souls, and all the others whose lives are tragically lost, to help more Galgos or Podencos. This money can go towards transportation costs from Spain to the UK, or medical treatment or food for the two shelters we have mentioned. 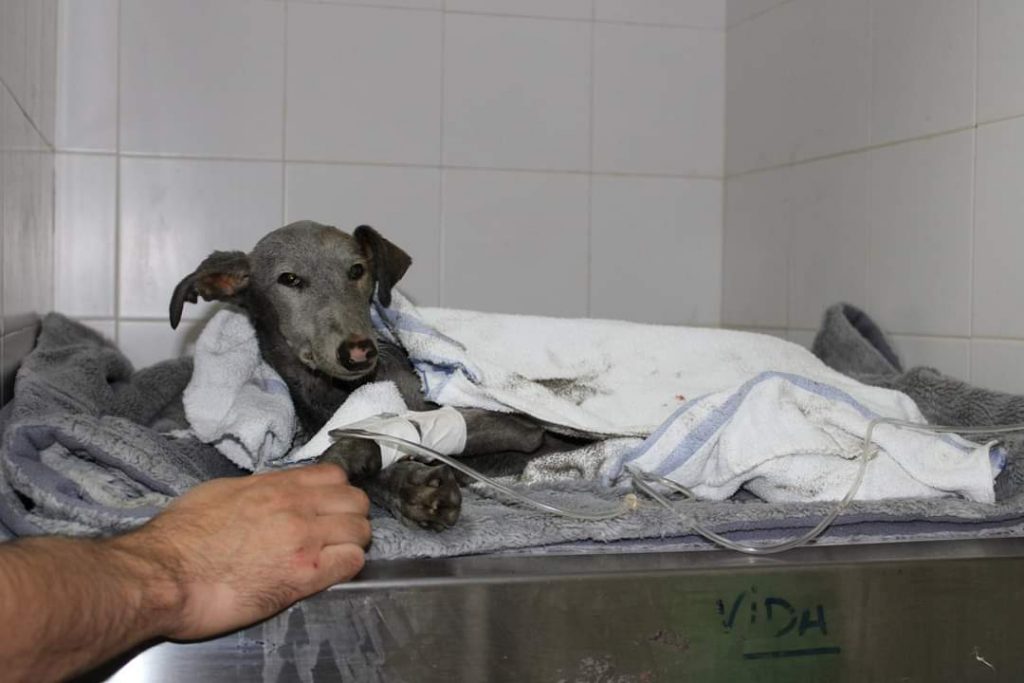 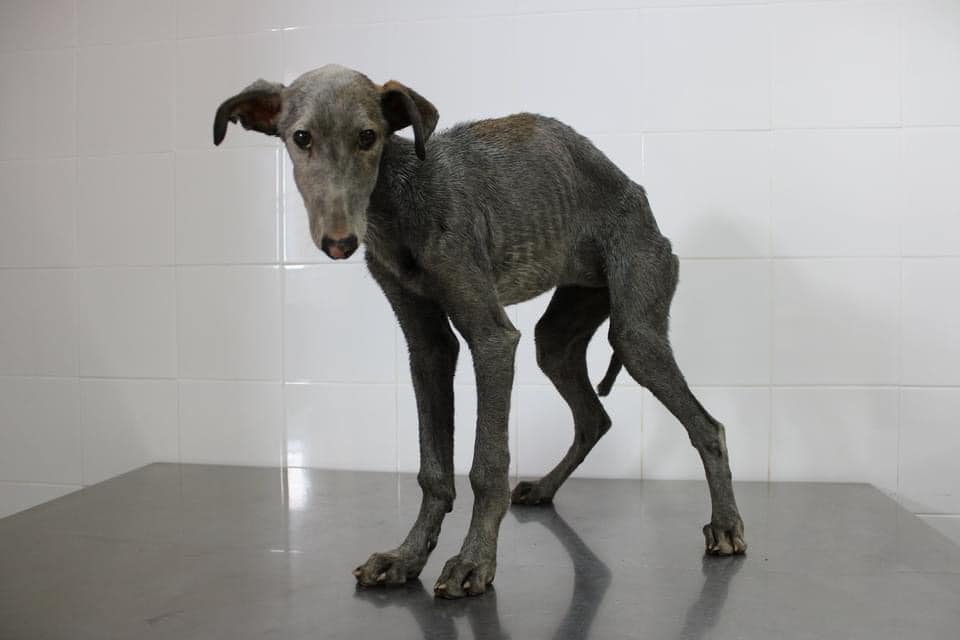 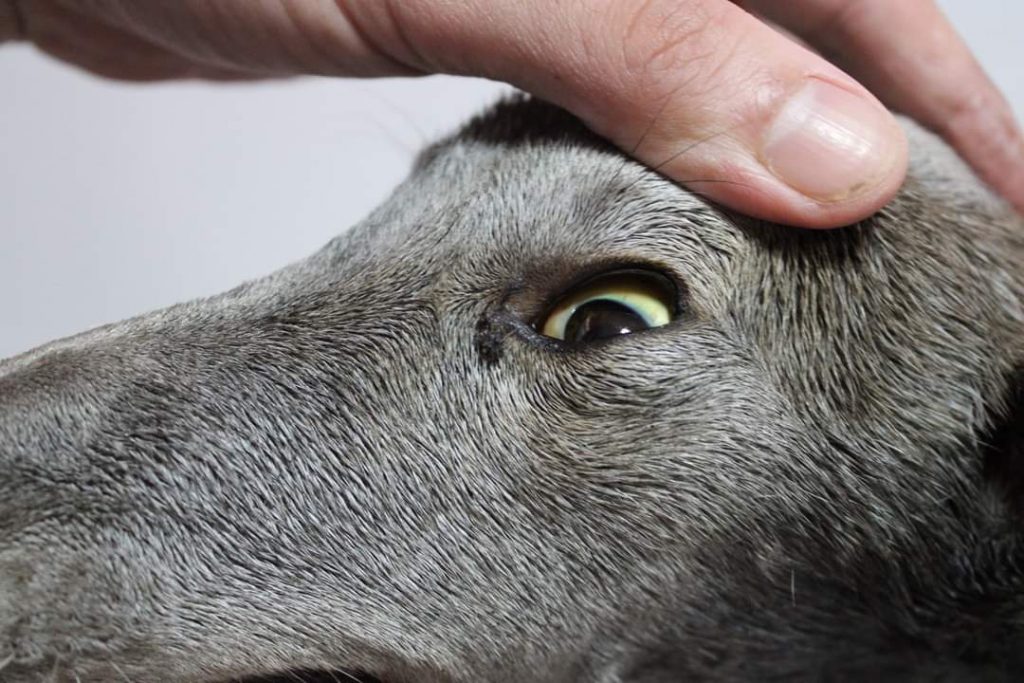 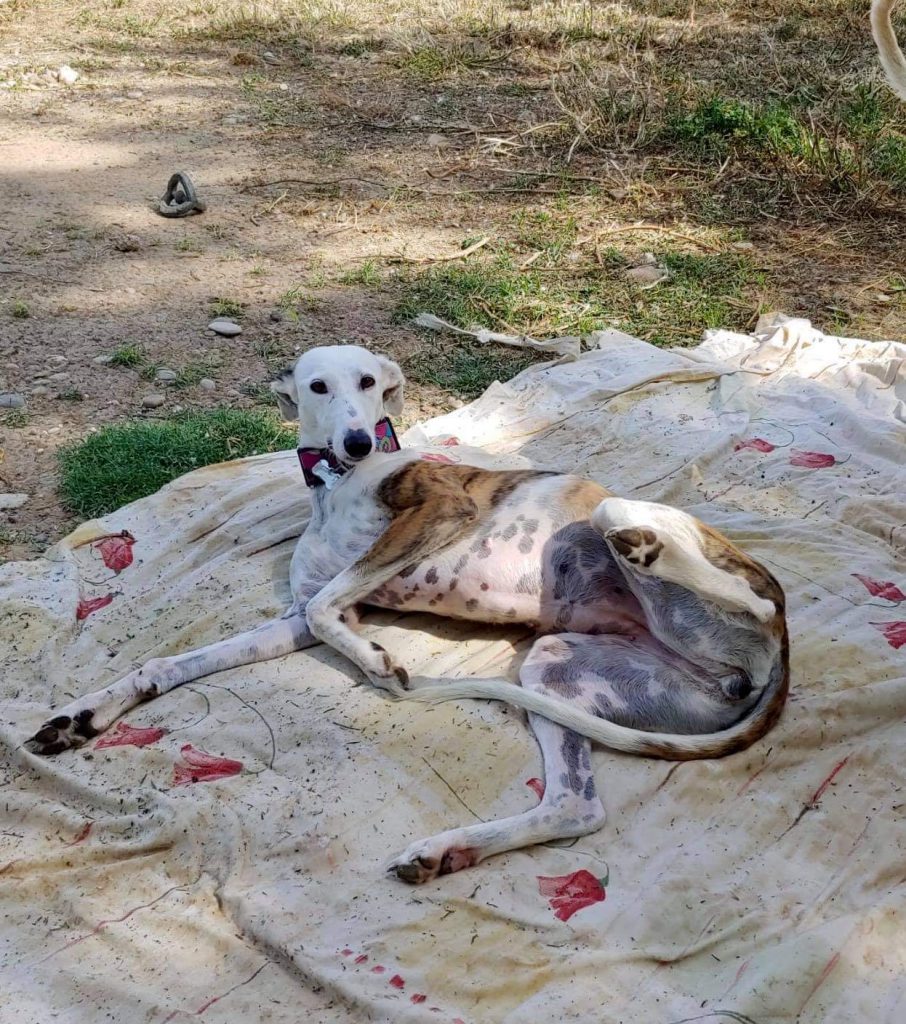 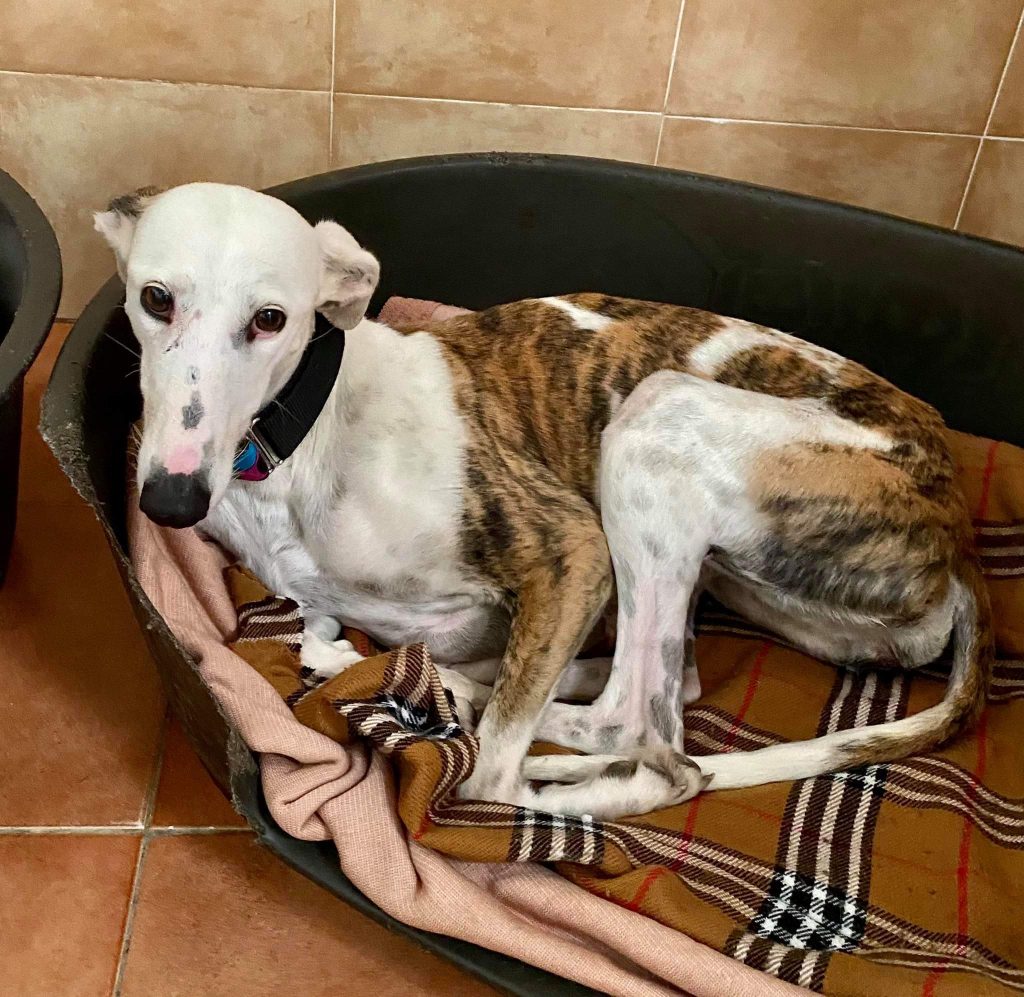 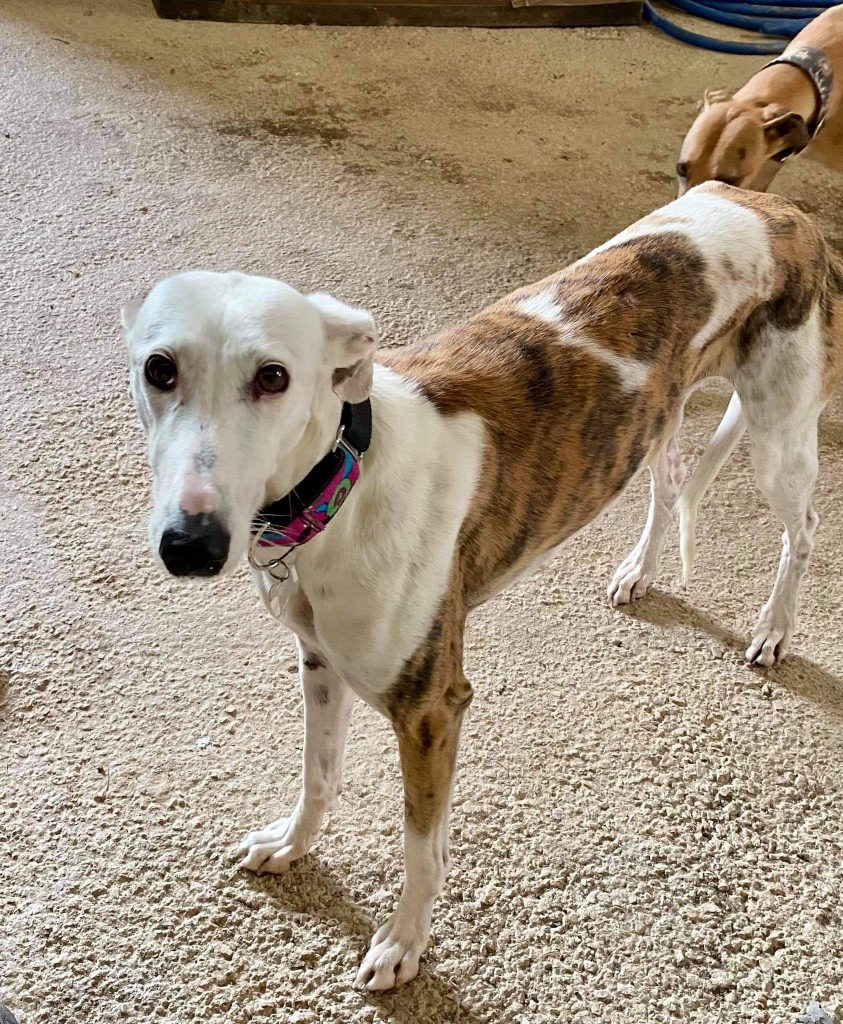 Made with ❤ by FutureProof Digital